The Story of Knut 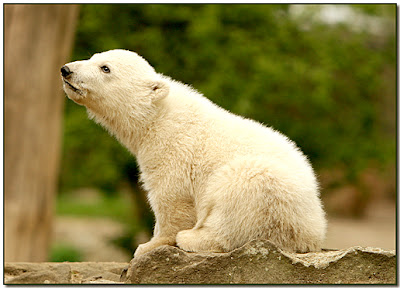 Today marks the end of heartwarming story, filled with joy and tragedy.
Knut, the celebrity Polar Bear only 5 years old, died in the Berlin Zoo, a setting he made quite famous. 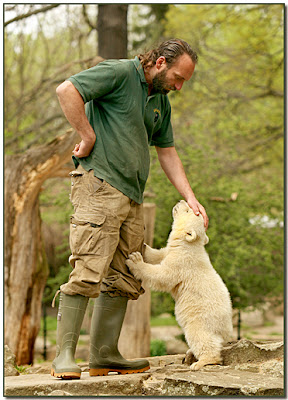 After his miraculous birth, the first polar bear born there in 30 years, Knut was rejected by his mother and in a controversial and experimental move - the zoo initiated "hand-raising" the young bear to increase his chances of survival. 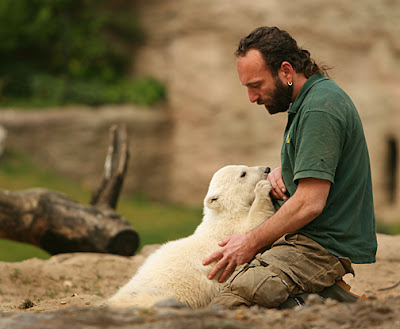 Not only did it work, but both Knut and his dedicated handler became an international sensation! Being the only polar bear raised by humans, and the obvious bond between himself and keeper - Thomas Dorflein, people flocked to the zoo to witness and photograph this adorable relationship. 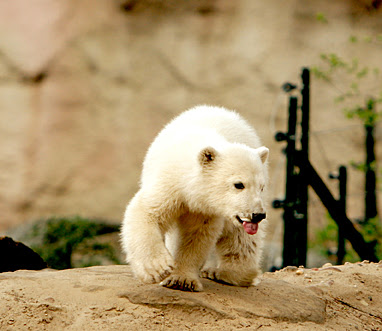 And photograph they did! Knut even landed on the cover of Vanity Fair in 2007, posing for Annie Leibovitz and appearing with Leonardo DiCaprio.
Thomas, the gentle and modest zookeeper, was also the recipient of massive fan mail! 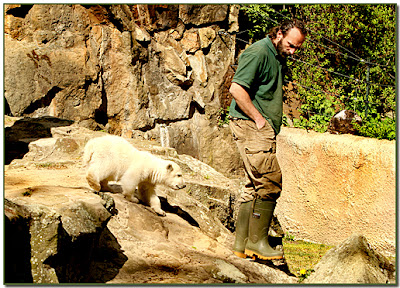 Even yours truly, had a wonderful opportunity in the Spring of 2007 to photograph Knut and Thomas entertaining the crowd gathered at the Berlin zoo all hoping to get a glimpse of this "celebrity" couple.
(It was only after my visit that day that I had read about a death threat the zoo received against Knut - I guess that explains all the added security that day!) 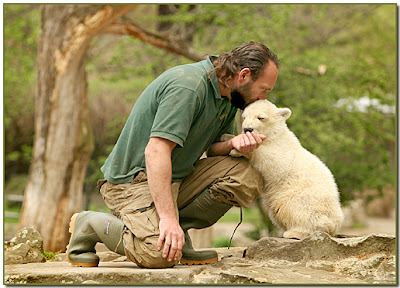 In the Fall of 2008, only a year after their famous success story, Knut's foster dad - Thomas Dorflein - died in Berlin at the age of 44 of unknown causes.
Three year later, on March 19th 2011, Knut died of unknown causes at the Berlin zoo. 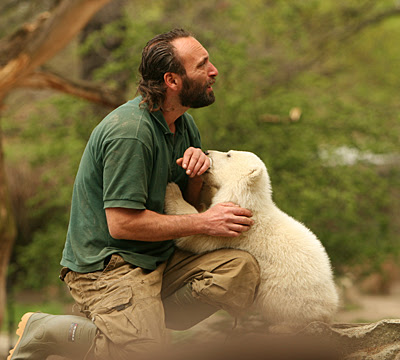 This near 18 month surrogate relationship, touched the world and reinforced
our desire and mysterious need to connect with animals.
I'm saddened by the passing of both players in this real life love story, but also grateful to have lived a part of it. 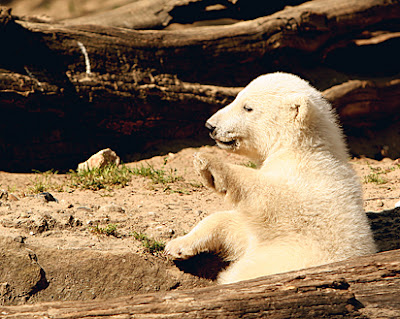 I remember these photos when you first took them and then reading an article about them afterwards. - very sweet and now sad
jw 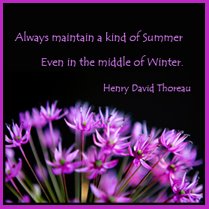